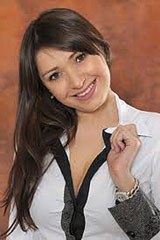 Have you ever thought about what lies at the base of all the relationships? It is the words because only by using them can we actually express our love, gratitude and interest. Words have very strong power, because together with the expressing function they also have the ability to destroy practically everything. In order to avoid that drastic outcome, you need to know certain expressions that many single Ukrainian women find inappropriate when it comes to being together.

Such words as ‘never’, ‘always’ and ‘but’ we use practically all the time, however, when saying this to you beloved one, especially several times in a raw, can certainly bring some negative connotation into your relationships. The ‘never’ phrases are often associated with hopelessness and fatality, so by saying that you imply the negativity and it leads to nothing good. The ‘always’ phrase might be completely opposite to the ‘never’ part, but you have to keep in mind that ‘always’ implies certain rigidness and power. By constantly saying ‘always’ you show to your bride from Ukraine that you are the boss and make the decisions yourself, not all of the Ukrainian girls like being told what to do, so you should probably avoid saying that often.

As for ‘but’, it shows the utter sense of manipulation. Remember how often when we do not agree with something and want smoothly imply that we are right, we use the ‘but’ phrase. This group of words is the key point when it comes to manipulation. So, if you want to have normal and really good relationships with your one and only, do not be over manipulative and do not overuse this type of phrases. Another group of phrases that you’d rather avoid when talking to Ukrainian lady is connected with religion and politics. Surely you can express your point of view, but that’s it. Do not dwell upon some political program while talking to your girl, especially on the first date. Keep in mind that rather big part of all the women in the whole world do not care about politics and certainly are not going to express their religious views to every stranger, because for many women and girls in Ukraine religion is considered sacred and very private.

One more type of words that you certainly have to avoid when dating a girl from Ukraine is the curse words. If you want to be with a lady, behave like a gentleman. Remember that you should never use swear words when your lady is present. The idea that by doing that you seem cool is totally wrong. Besides, it is believed that judging by the expression a man uses around his woman it is possible to detect the way of respect he has for her. So, in case if you want to act like a jerk, be one; but in all the rest cases avoiding this kind of phrases is a very good way to be liked by a woman. The same thing applies to threats. You can hardly find any woman who would like being threatened and bullied, so no threats and searing are allowed.

Coming back to the idea that all the words have some certain power, you need to keep in mind that when you want your relationships to be perfect, using the negative words like ‘break-up’ or ‘divorce’ (even as a part of a joke) sends a certain negative message to you bride from Ukraine. So, be positive and remember that we are what we say, and you need to be careful in your expressions in order not to destroy your perfect relationships in an instant.